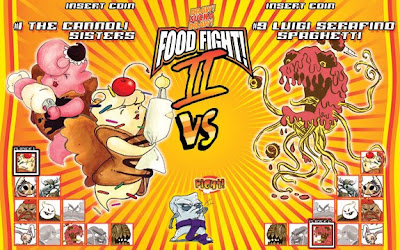 In the most devastating match in Food Fight history, Kassandra's Cannoli Sisters laid the smack down on Miker's Luigi. The deadly sisters took out 150 HP from Luigi, where the only offense the wet noodles could muster up was about 10 HP.

"It was one of the most one sided match I have ever seen in my life... it was like the Globetrotters taking on the Generals if the Generals were playing in fat sumo suits and the Globetrotters had taken a super secret high jumping serum developed by the U.S. government," one shocked spectator gratuitously commented. 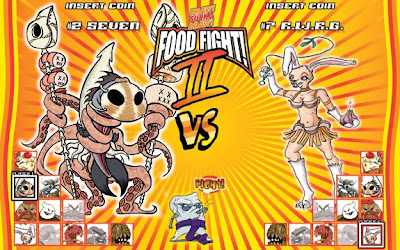 In a huge upset, #7 R.W.R.G. handed down a hearty spoonful of defeat to the heavily flavored #2 Seven. The Feast Of The Seven Fishes could not hold his own against the rabid rabbit. Now this Wascally Wabbit faces her toughest challenge going into the Final Four! 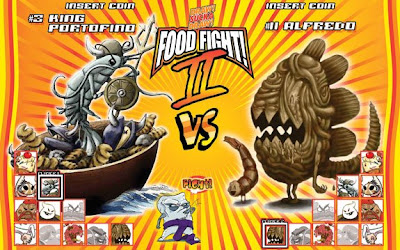 In another major upset, #11 Alfredo pounds #3 King Porofino into leftovers! The King was powerless against the Cinderella Story of the year! Alfredo has steamed his way through the competition and earns a right to sit amongst the Final Four.

When asked the comment, the rotund dish simply said "Its Wabbit Season!" 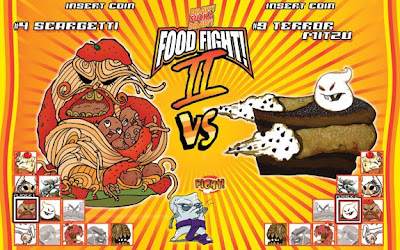 The opening bout featured two evenly match Fighters. #4 Scargetti defeated #5 Terror-Mistu, proving that there is no room for dessert! The last minute rally from the terrible one just was not enough to stop Scargetti, who also earns a place in the Final Four. We shall see if Scargetti's luck against desserts continue against the number one seed! 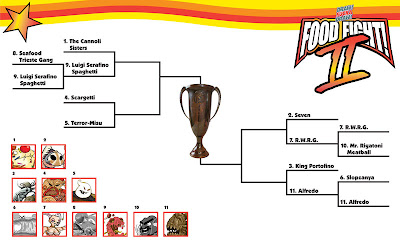 Food Fight II round one

Two upstets happened last week! Now that the top five have moved into the battle, who's dish will come out on top? 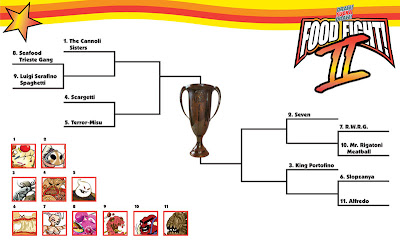 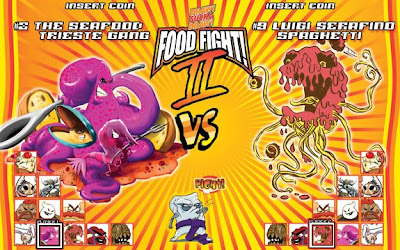 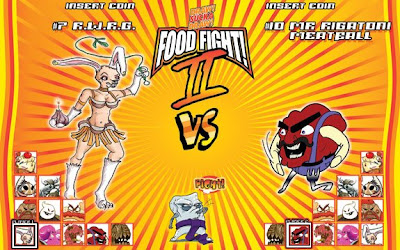 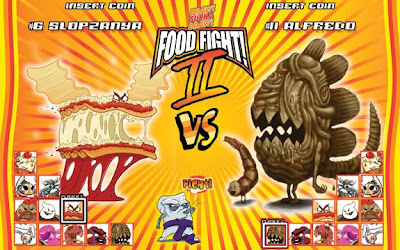