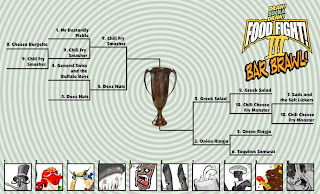 DOWN GOES TAQUITOS! DOWN GOES TAQUITOS!
It was another wild ride in round two of the Food Fight III tournament. The heavily favored Taquitos went down quickly, losing by the largest margin in the history of the tournament! Onion Ringja made quick work of the deep fried snack despite being out numbered. By the time the dust settled, Taquitos were down at -105 HP while Onion Ringja stood victorious with +230 HP! How the mighty have fallen. 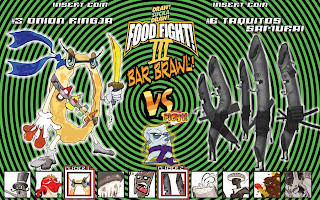 Health Food Kick!
After a strong showing in the first round, Chili Cheese Fry Monster couldn't stand a chance against the mighty Greek Salad. The battle was very even through most of the night. It was the advantage that Greek Salad earn through the brackets that gave it the ultimate assist. In the classic struggle between healthy and greasy, Greek Salad wins this battle... but what about the war? Next round, a very greasy and heavily favored Onion Ringja! 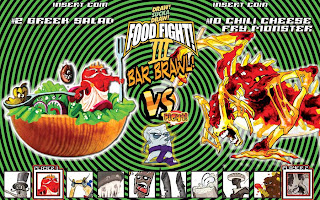 Swiss' Attack Plans Are Full of Holes!
Nuts & Bolts? In what was more like a battle royal, Deez Nuts pounded the all beef patty into submission. The nuts came out swinging, and quickly disposed of the Swiss General and his boys from Buffalo. 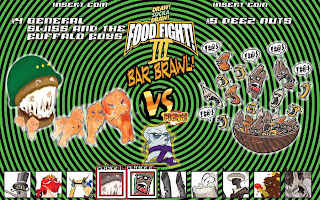 Number 1 gets Pickled!
Mr Dastardly Pickle becomes the first number one seed to not make it past the first battle as Chili Fry Smasher lumbers his way to victory. Despite having the heavy advantage of a full 180 HP more, there was nothing the coy cucumber could do to cut the crazed onslaught of the chili warrior. A number nine seed topple the number one seed. It is anyone's tournament! 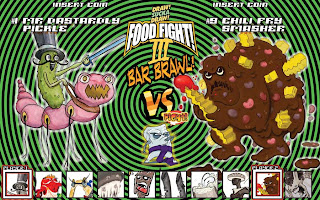 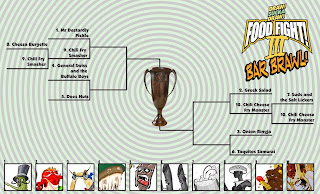 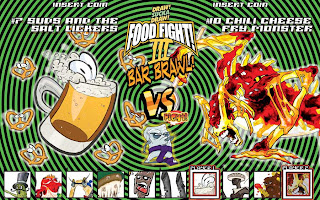 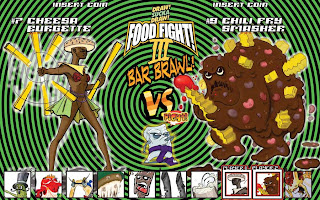